The first Knuckle boom picker truck we rigged out “Casper” was originally designed to do double duty as a “tool truck” with a 9 ton knuckle boom crane mounted on it. Originally we built it to be able to lift large 1000 gallon storage tanks which we would then set and plumb in to compressor buildings in order to store large quantities of engine oil for oil changes and services on the natural gas compressors and engine inside buildings. We quickly found other uses for the picker as many mechanics would call us and ask us to help them when overhauling engines and compressors, lifting heavy components from the door ways of these buildings. 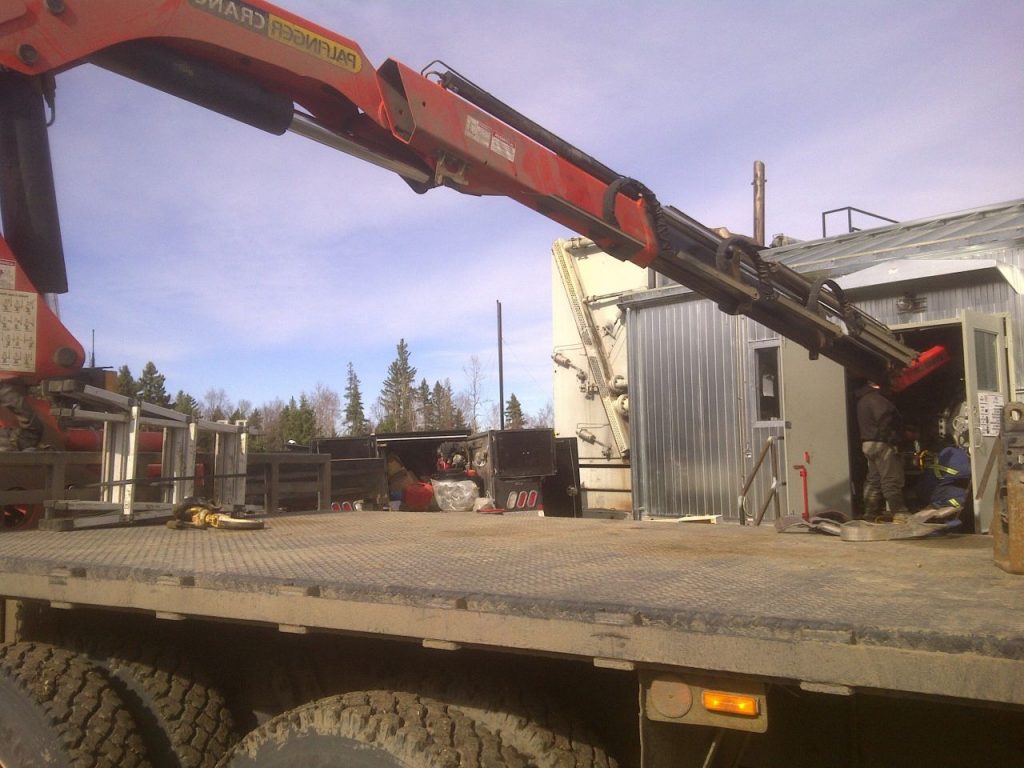 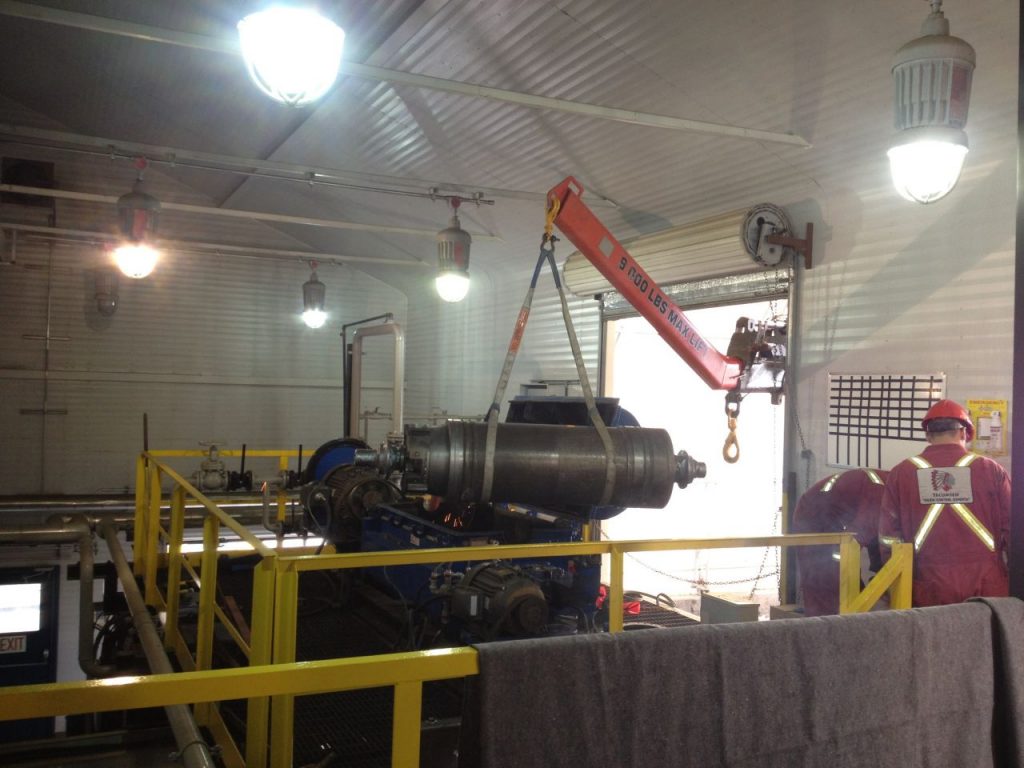 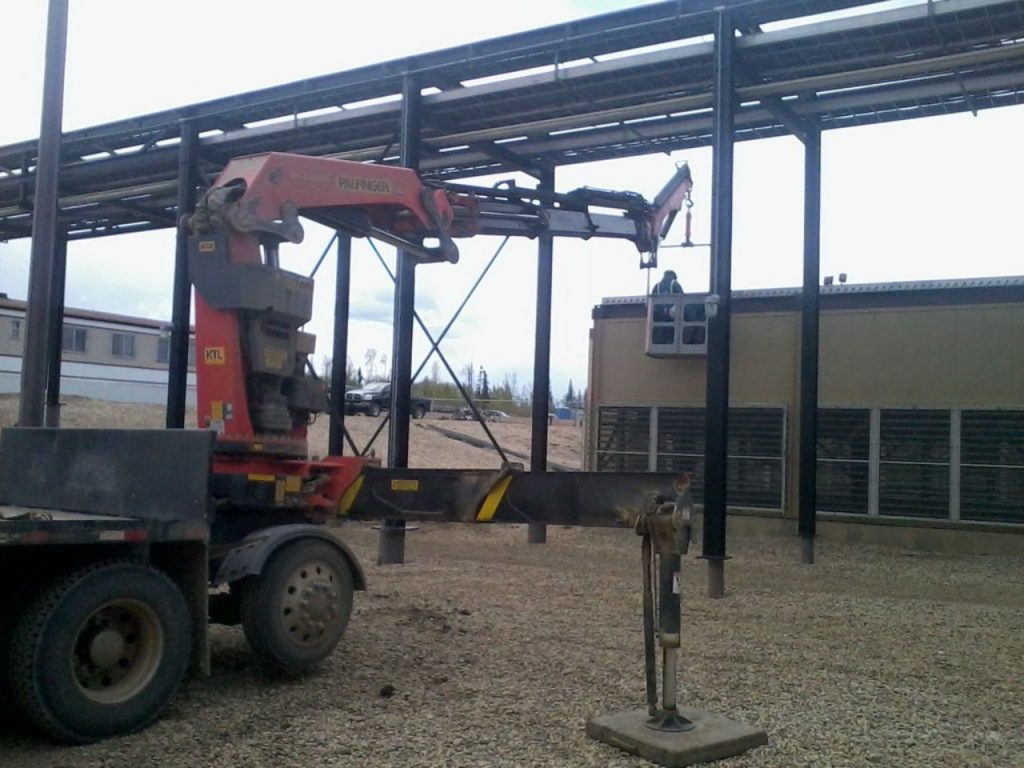 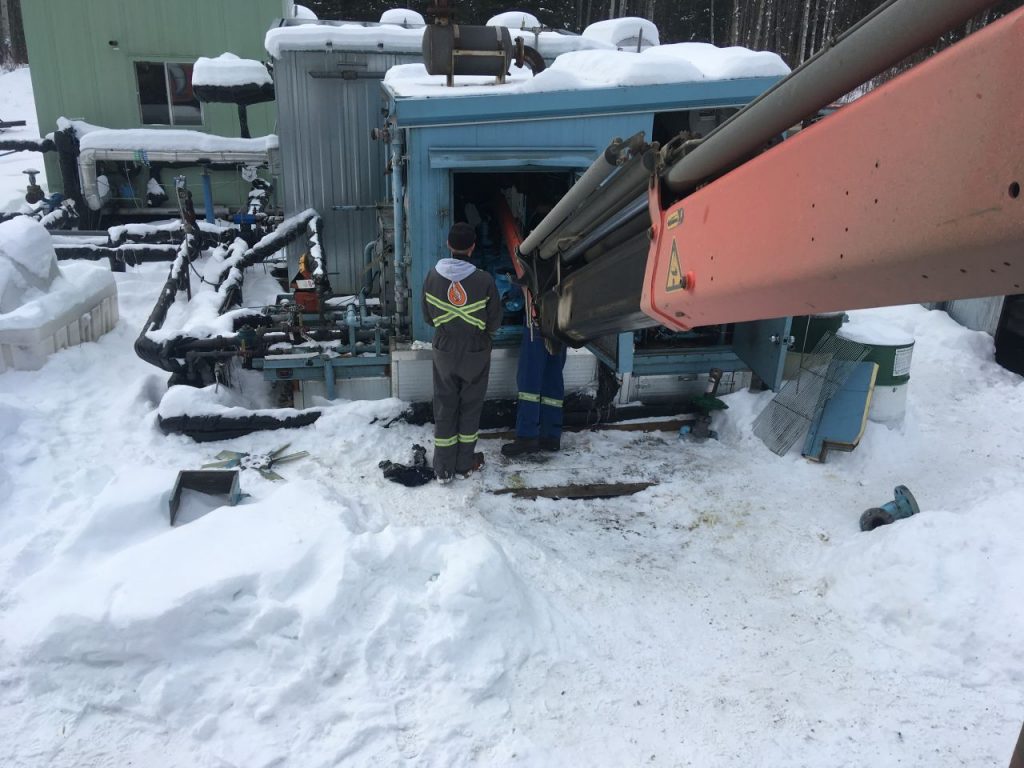 Initially we started just lifting the items we could access that were close to the building doorways but that rapidly progressed to requests for us to reach inside the buildings to lift complete engines, compressors, electric drives and large vessels and such. It quickly became apparent that we were going to need to develop some form of attachment that could be inserted into the end of the boom of the crane in order to reach far enough inside to lift heavy items. At first we were using what they call a “dead section” which was simply an extension of the boom that was manually pulled out and pinned into place allowing for a small section of the crane to reach further into the building. What we found was that we needed something better that would give us increased boom height but still be small enough to reach in and around other items inside some of these buildings. 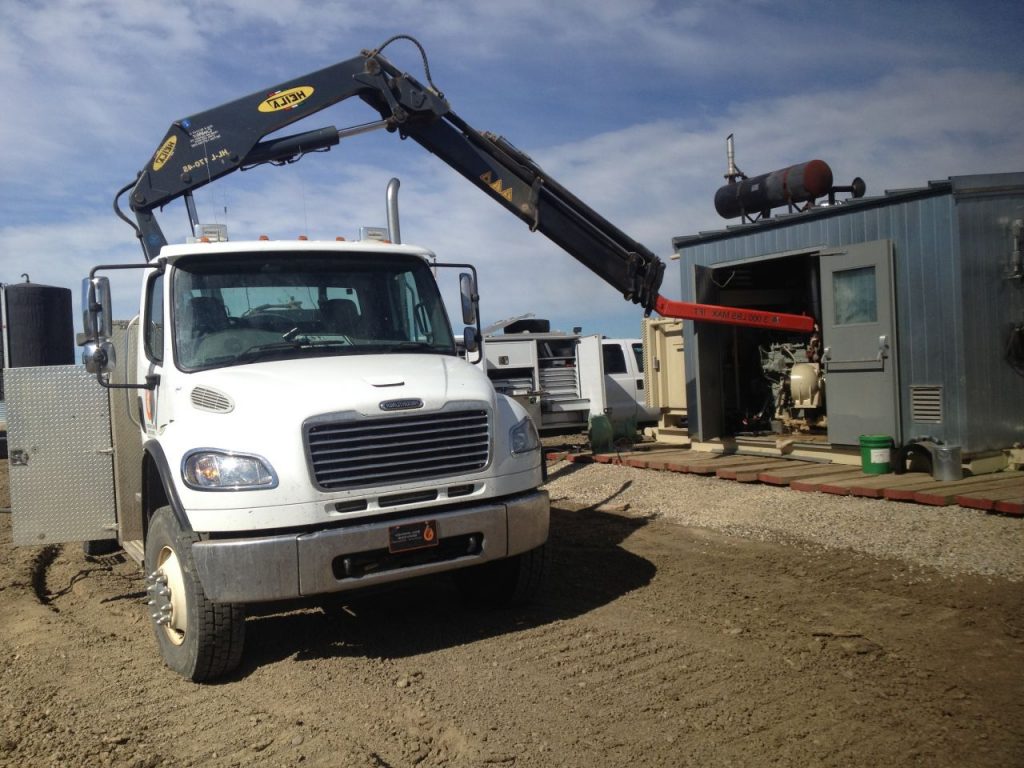 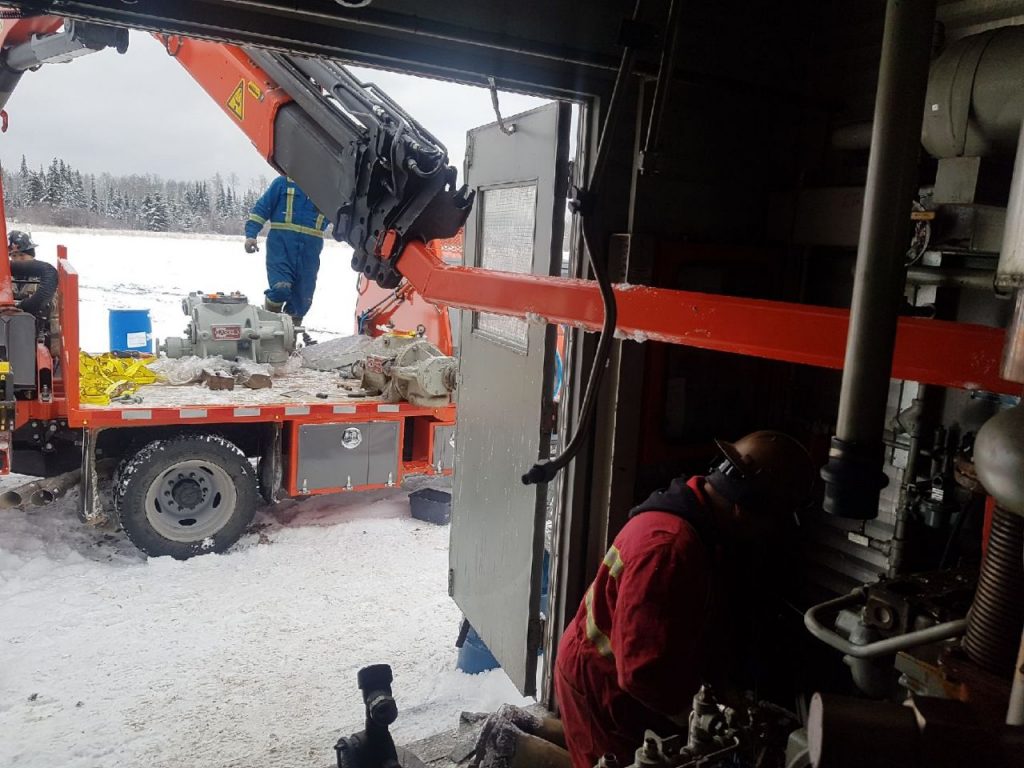 With assistance from a master fabricator and an engineering firm we developed what is now commonly referred to as a “reverse jib” These attachments are custom designed and engineered for each one of our units. They consist of a slide in boom extension built from high strength QT100 steel with a 30 degree reverse angle built into them. These “reverse jibs” are carried to the work sites on the decks of our trucks, then inserted into the end of the crane boom, allowing us to lift items in and out of some very tight places without being overly bulky, but still being very strong. 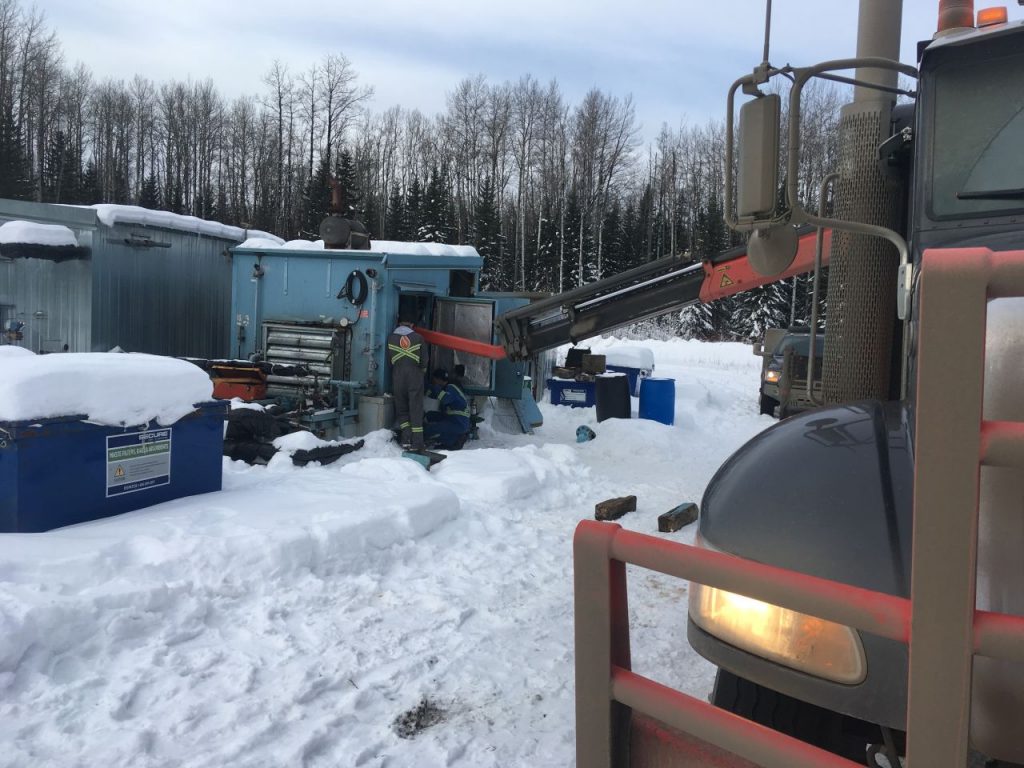 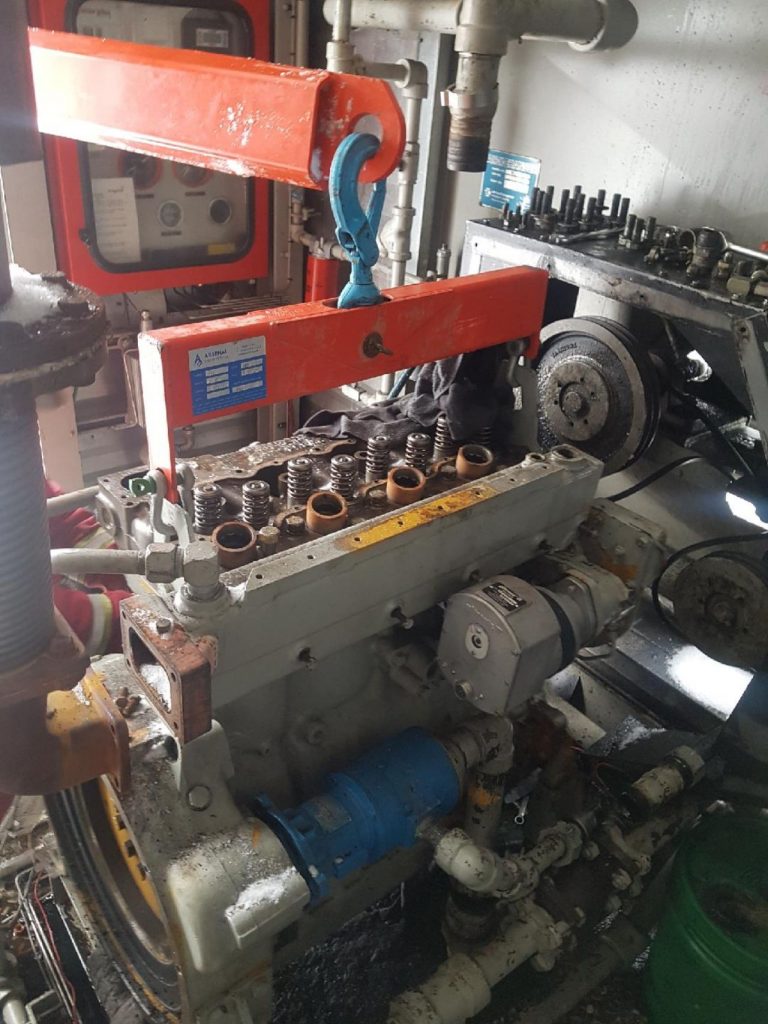 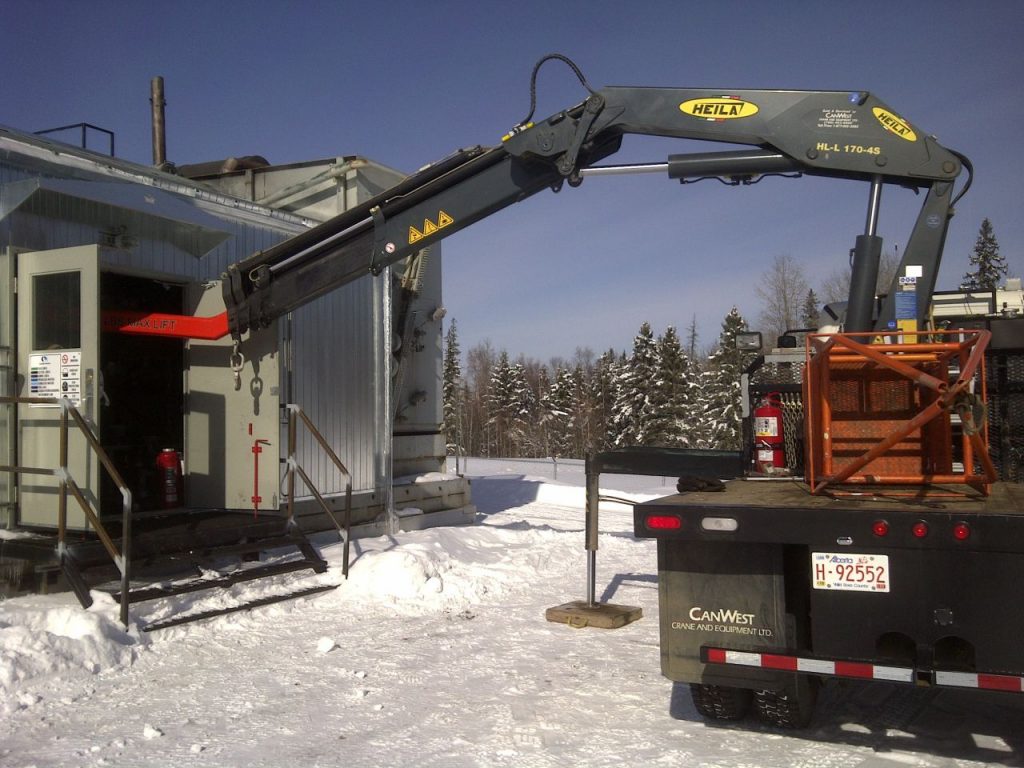 We now have certified “reverse jibs” built to fit all of our cranes from our smallest 3 ton knuckle boom cranes to our largest 30 ton crane in varying capacities and sizes from 1500 lbs. capacity all the way up to 16,000lbs capacities and everything in between. 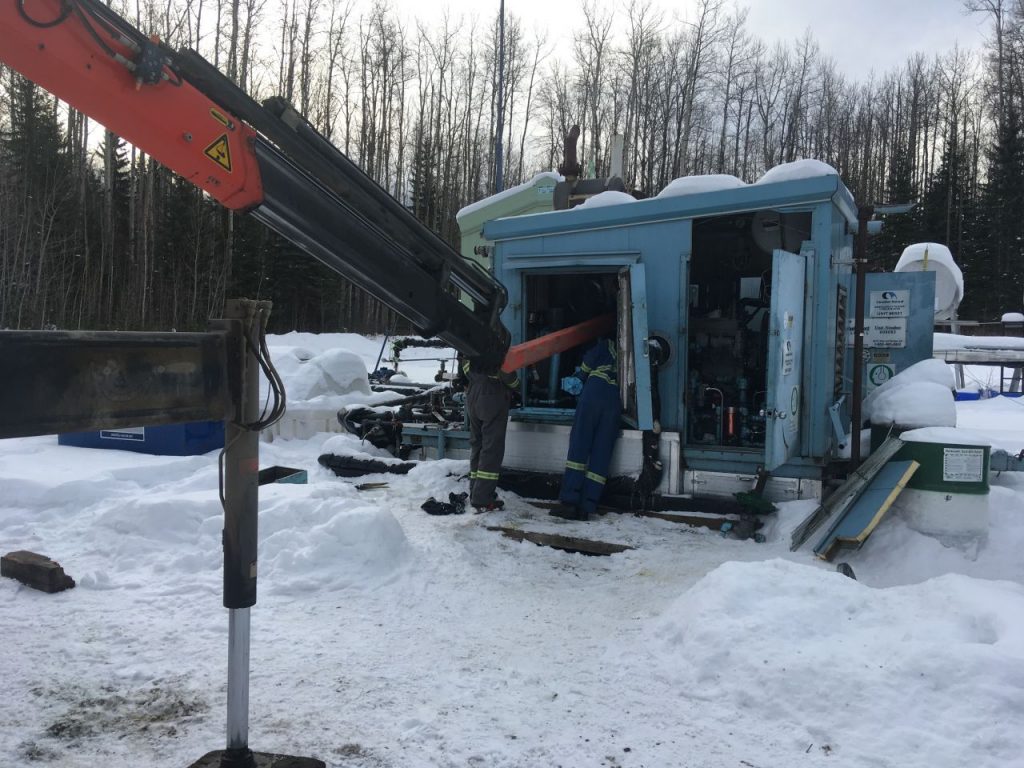 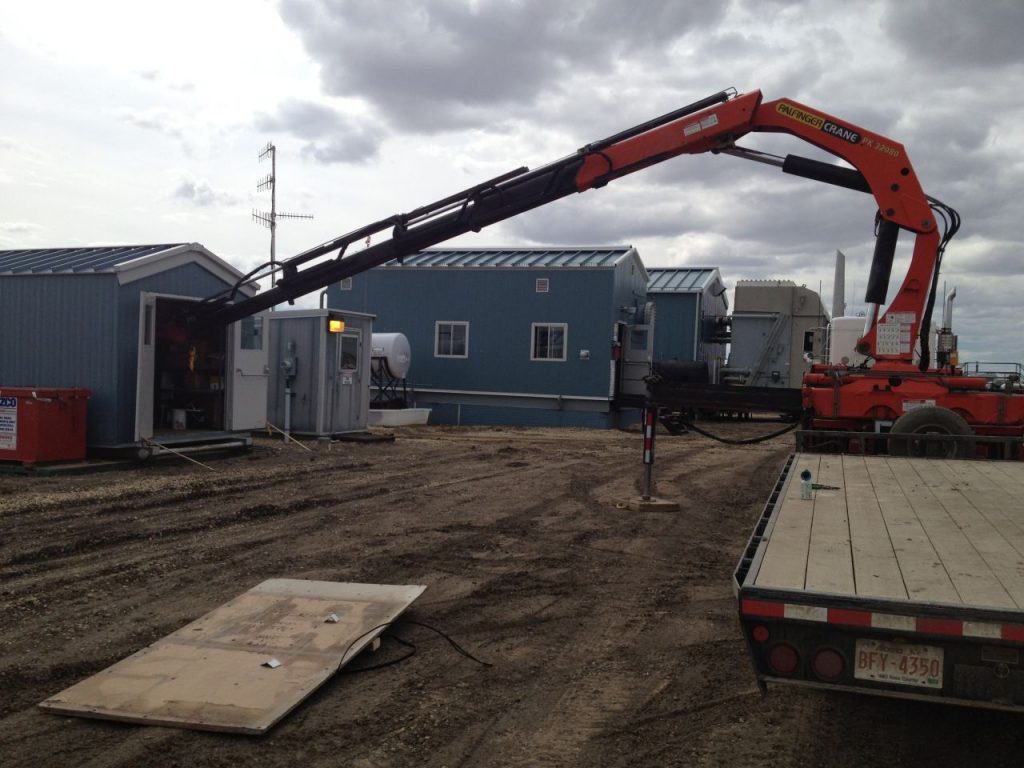 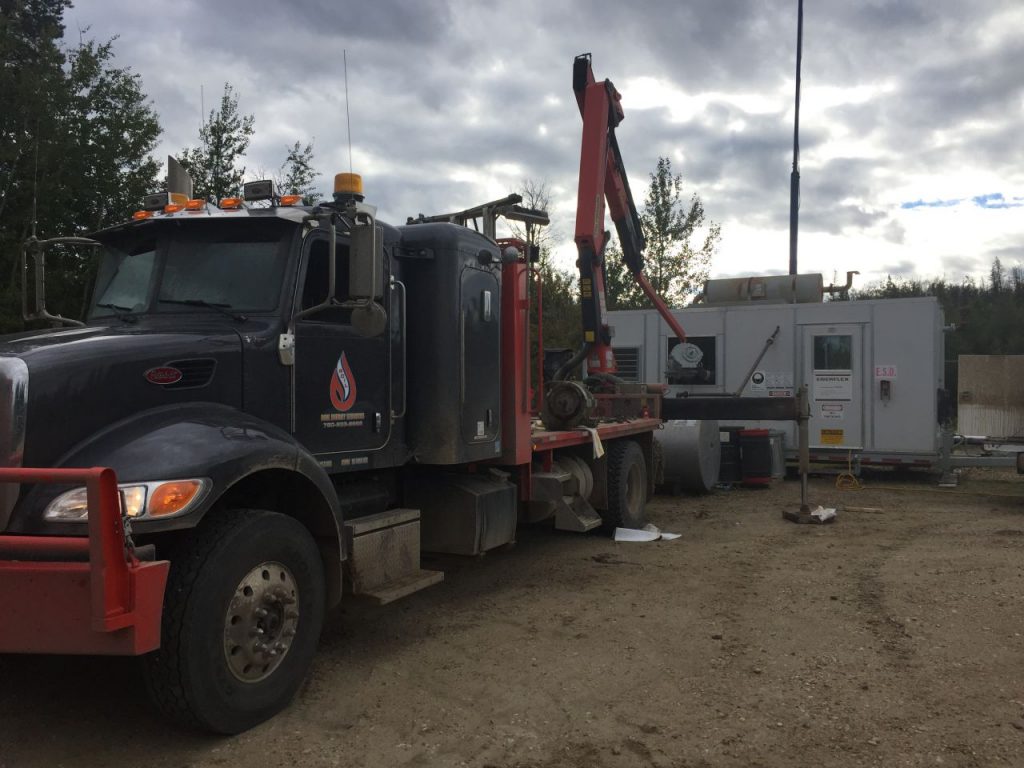 To view the projects that we have used our Reverse Jibs, visit our projects page.

← Our Men and Women at Work Our Specialty & Custom Hauling Capabilities →